One of the most wonderful times of the year, Christmas, is just around the corner. And there are plenty of classic movies that celebrate the holiday season. Some are funny, some are thoughtful and all of them will be (and have been) enjoyed by many generations. I’ve put together a list of the 10 best Christmas movies, or at least my favourite Christmas movies. I’m sure you are familiar with them. Find out which classics made my top 10 after the jump. 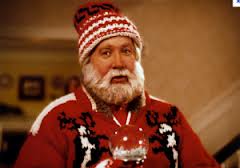 Tim Allen stars as the man himself in this absurd film about the origin of Santa Clause. Allen’s character, Scott Calvin,  inadvertently kills Santa at the beginning of the film. But instead of feeling guilty, he simply puts on the coat and becomes the legend,replacing the old Santa. It’s funny to see Allen magically change into Santa, by growing a beard and a belly without any control. It isn’t often that Santa is the focus of a story; usually the people and characters around him take centre stage while he acts as a teacher and a guide. Now Santa is human, literally a man, with flaws but a genuine heart. And the sentimental story of a man trying to connect with his son gives the story more depth than it deserves. This movie spawned two sequels which are nowhere near as entertaining as the original and The Santa Clause will always be a classic origin of the symbol of the season.

Rankin-Bass made many classic TV Christmas specials in the 60’s and 70’s but my favourite in the collection is the lesser known, The Year Without the Santa Claus. This stop motion film addresses the one thing about Santa Clause that is rarely considered; does Santa ever need a break? When Santa gets sick and wants the day off, Mrs. Clause and some elves decide to go out and find some Christmas spirit to get him back in the mood for work by Christmas tree. On the way, they meet Rankin-Bass’ most entertaining characters, the Miser Brothers, Heat and Snow, who fight world-wide wars (explaining the weather). Not only do these characters provide laughs with their competitive nature and catchy singing, they also teach the young target audience a lesson about compromise. This was the fourth Rankin-Bass Christmas movie and it is clear their storytelling skills improved with every one. This is a classic that should not be missed.

What happens when a family leaves their son Home Alone over Christmas? Macaulay Culkin faces that problem here and defends his home from a couple of thieves in one of the funniest movies of the holiday season. This is one of the many Christmas movies that takes the family themes of the season and exaggerates them with hilarious results. Culkin’s Kevin character attacks the thieves in very violent ways, pushing them down stairs and knocking out a tooth. It also provided John Williams with another Oscar nomination for the score, a mix of Christmas classics and original orchestrations. This is another movie that released some sequels that didn’t compare to the original. But the laughs this one bring are well worth watching every year. 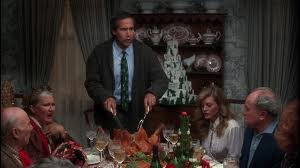 Another classic family Christmas movie is Christmas Vacation, starring Chevy Chase as Clark Griswold,  as a family man who just wants to have a normal Christmas. This one, like Home Alone, relies on sight gags and physical comedy for many laughs and it is a funny movie because of that. The opening scene, where the Griswold’s go searching for a tree, only to realize they don’t have an axe, is a perfect opening for the comedy. And the jokes keep coming from there. Randy Quaid is hilarious as Clark’s brother in-law, a hill-billy cut right out of the stereotype. And it’s always a delight to see the house light up with over 20,000 bulbs. With so many memorable moments and a very touching family theme, Christmas Vacation is a modern-day Christmas classic.

A Christmas Story starts out as a simple story about a kid who wants a Red Ryder BB gun. But it is so much more than that. Narrated by that boy, Ralphie Parker, greatly affects the story. It is told through his eyes, with his interpretation of the events. So when his father curses, he hears more colourful words. And when he meets Santa, the horror of the situation is greater because of the perspective. On top of that, the film is very funny. The narration has many well-timed jokes and the innocence of children, or lack thereof, keeps the laughs consistent and plentiful. And it is obvious Ralphie is exaggerating the many things that happen, yet with only his perspective, the events of the story are just funnier and clearer. For those reasons, A Christmas Story will remain a classic; a unique and funny film that everyone can enjoy. 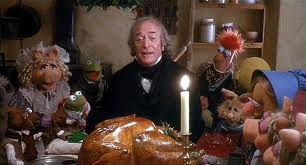 Charles Dickens’s The Christmas Carol is one of the classic Christmas stories and it has been brought to life on-screen many times. But the best representation of the story is the Muppet one. As the first major Muppet film released after Jim Henson’s death in 1990, this humorous and sentimental film is by far the most entertaining version of the Dicken’s tale. Michael Caine stars as the infamous Ebenezer Scrooge with Kermit the Frog as Bob Cratchet and all the other Muppets making various appearances. Even without Henson overseeing it, the other Muppeteers keep the magic alive. The Muppets are all great, absorbing their roles as ghosts and characters, while still letting their own personalities sneak into some of the jokes. If you watch any of the many Christmas Carol films, make sure it’s this one.

The classic of all Christmas classics is number four on my list and one that everyone should watch at Christmas. Not only is this a good Christmas movie, but it’s also just a great film about redemption. Jimmy Stewart’s George Bailey has given up on life and decided to jump off a bridge and die. But he is saved by an angle, who shows Bailey what the world would be like if he hadn’t been born. Bailey sees how important he is in the lives of his family and friends and runs to them on Christmas Eve, happily reuniting with everyone. Stewart does a great job in this movie and the story is both unique and powerful. This isn’t as funny as the other movies on this list, but it is one of the best Christmas movies ever made.

Robert Zemeckis and Tom Hanks (Castway and Forest Gump) team back together for a CGI performance-capture animated film about a boy who rediscovers Santa Clause and the meaning of Christmas. The story is great, full of action and heart, extending the original short story to a feature-length without any problems. The boy, one of six characters Hanks voices, doesn’t have a name. Instead, he symbolizes both growing up, and the path of discovery everyone should go on when they need to rediscover the meaning of Christmas. Performance capture isn’t the best technology for movies, but it works here. The scenes look great, especially the ones at the North Pole, with the intricate train tracks and tunnels. This is one movie I make sure to watch every Christmas and it will remain a classic for years.

This movie is amazing on so many levels. The story of Santa and the trial he is put on by people who do not believe, is one of the most compelling narratives and exciting stories of the Christmas season. Not only does Kris Kringle successfully prove his identity, but he helps a mother and her daughter rediscover what it is to believe. Edmund Gwenn is perfectly charming as the big man, in every scene from beginning to end. Santa fits right into post-war New York, correcting a shop keeper on his placement of the deer and helping shoppers find the best price possible on gifts. Natalie Wood also does a great job as young Suzie, resistant to Kringle’s open mind on life but eventually accepting her ability to imagine. Everything about this movie is perfect: the story, the acting and the message. Miracle on 34th Street should be a must-see on everyone’s Christmas list.

Jon Favreau’s Elf is a special movie; one that doesn’t come around very often. Will Ferrell stars as a man raised by Santa’s elves  who travels to New York City to meet his dad.  As he learns how real people live, the audience laughs at his stupidity, yet wants him to be successful on his quest. James Caan, Zooey Deschanel, Bob Newhart and Ed Asner all make appearances  but it is Farrell’s show and he dominates. His character Buddy, dances, sings and spreads Christmas cheer all over Manhattan. The story is also really well done. Nothing is forced, relationships develop gradually and all the dialogue is sincere and fitting for each character’s personality. With so many quotable lines from Buddy, from “What’s your favourite colour?” to “Cotton Headed Ninnymuggins,” this movie is one that can be enjoyed, with new one-liners popping out every time you watch. Elf is simply one of those movies that never gets old and one that will live on as the greatest Christmas movie of all time.

If you’ve watched a Prince Albert Raiders game this season, you’ve probably seen Brett Leason get a point. In fact, that’s almost a guarantee. The 19-year-old has exploded out of the gates, picking up points in 30 consecutive games to start the season. That streak ended in a shutout loss to the Saskatoon Blades on […]